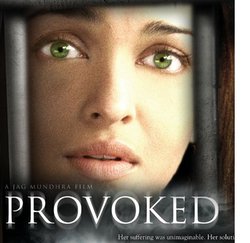 Last night I had the chance to attend the opening of the Indian Film Festival here in LA, which opened with a film called Provoked featuring Aishwarya Rai and Naveen Andrews.  The film tackles the difficult topic of domestic violence and is based on a true story.  After watching the story being told and thinking about the film afterwards, I was drawn to the idea of permanence.  The film has been produced and released, and now offers a permanent testament to the story of Kiranjit Ahluwalia – a woman who was strong enough to overcome her situation of domestic abuse and offer inspiration to women around the world.  Film and books certainly have this aura of permanence, but what about the Internet?

If you asked anyone a few years ago, they would have pointed to the inherently changeable nature of the web as proof that it will never have this permanence.  In a world where what is arguably the best source of information on the Internet is a site with millions of definitions for terms that can be changed everyday by anyone (Wikipedia), how could anyone believe that the Internet has the same permanence as a film or book?  Yet as we have seen with the recent scuffle around Steve Rubel’s remarks on Twitter, what some might have considered the least permanent type of site possible, comments made online can indeed stick around for quite some time.  People who have created photos and webpages throughout their youth are contending with this permanence as they go out and start to seek jobs and manage their indiscretions that might be recorded and easily available to a potential employer through a web search.  Politicians are dealing with a new age of transparency on every legislative choice they have ever made being available for any voter to see.  Yes, permanence is alive and well on the Internet despite it’s many flaws and inaccuracies.  It may not yet offer the same feeling of permanence as a film or book today, but there is no denying it has a feeling of permanence far beyond what it used to.  Here’s an open question: do you think it will ever reach the same level at films and books?