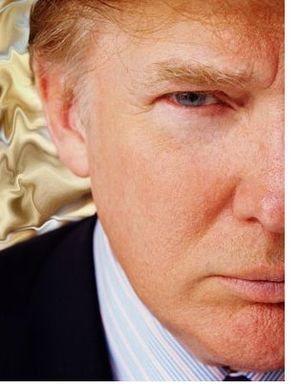 This is not a piece about politics, it is about marketing. Earlier this year, Google announced that they would launch a new product that was widely reviewed by those in the know about the consumer electronics industry as a brilliant money loser. The product, called the Nexus One, was anticipated to be the ultimate contradiction in the closed and monopolistic world of mobile phones and carriers in the US … sold unlocked and open for any network.

It failed in part because the price point was more than any normal consumer was willing to pay in a country where most phone purchases are subsidized. Still, the Nexus One served an important role for Google, it showed other phone manufacturers what an Android phone could and should do. Today, there are many more phones available with the Android platform, in part because the Nexus One and its predecessor (the Google G1) inspired that innovation.

What does any of this have to do with Donald Trump? I believe he is using the same strategy as Google to inspire innovation and action in the world of politics. Disagreement and the inability for politicians to work across parties is causing a deadlock over just about every issue in Washington. It takes a crisis for any decision to get made. Added to that, the definition of a politician seems to have become anyone who is afraid to have an opinion about anything. Into this world, Donald Trump is the ultimate opinionated non-politician. For example, here are a few choice quotes from a recent piece about his bid for President published in this weekend's Washington Post:

You may admire his no-nonsense approach, or you might consider him a media-savvy opportunist – but he has proven himself a skilled negotiator and direct businessman unaccustomed to the usual politician double talk. The Washington Post article referenced above even notes that other politicians should "take him seriously." Which leads to the big question … will he win President, or even run?

I think not, because it is simply not a profitable business decision for him to run. But will his threat and voice in the media force politians to emerge from deadlock and actually work together to accomplish something? Let's all hope so.