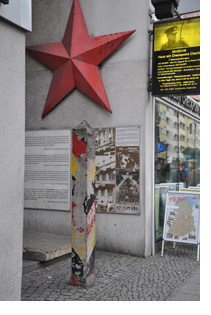 Today is the 20th anniversary of the fall of the Berlin wall and people across the world are focusing on this momentous day. Last week I was in Berlin and spent an afternoon looking at remnants of the Berlin Wall and its defining place in German history. As the German chancellor from the time (Helmut Kohl) said, "we [Germans] don't have many reasons in our history to be proud, but as chancellor I have nothing to be more proud of than German reunification."

Seeking to see if an experience I had written about some time ago still existed, on a free afternoon in Berlin I headed to a place called Checkpoint Charlie, a highlight among the tourist destinations that commemorate (and commercialize) the fall of the Berlin Wall. During the war there were 300 of these "checkpoints" spread out across the perimeter of the wall. They were manned by soldiers whose job was to make sure that people did not try to cross the wall – often using deadly force to carry out their duties. Estimates range in the hundreds (or thousands, depending on whom you talk to) for the number of people who were killed by this checkpoint squad during the 28 years the wall was up. As is often the case with some of humanities worst moments, today the three remaining checkpoints are all tourist destinations. 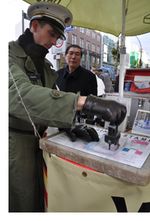 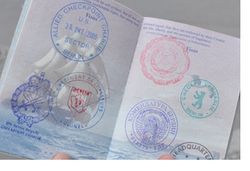 At Checkpoint Charlie, the most frequently visited of these checkpoints, outside of the main museum on the street is a guy who will put a stamp in your passport celebrating the former separation of Germany. You usually carry your passport with you for ten years, and through that time you collect stamps from countries you visit, visas from exotic places, and a living record of where you have been and what you have seen. Most international travellers use their passports as the ultimate travel keepsake. For those travellers, getting a unique stamp from a now defunct destination is an appealing idea. For some, it may even be their sole reason for visiting.

Which leads to my marketing observation, that even in the midst of historic celebration of something as significant as the fall of the Berlin Wall … people are always looking for a way to capture their experiences and share them with others.  This is true of travel, or any other type of experience. When you travel internationally, your passport becomes your record of the places you have been and moments you have had. Stamps in that passport are usually official, and always significant. Sometimes the most important thing you can sell to someone is a memory they were there. 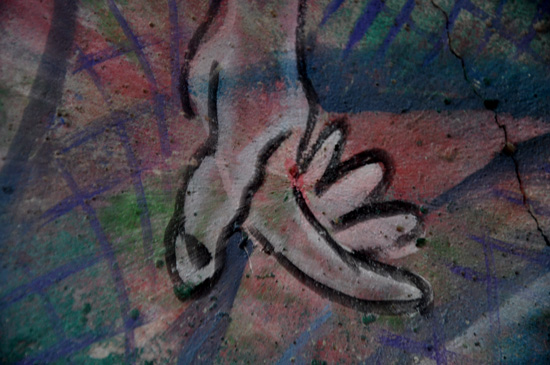 See the rest of my gallery from Berlin on Flickr >>

Note: If you recognized this post, it's because I wrote about Checkpoint Charlie two years ago. This post has lots more pictures and is based on a real experience (and today is the 20th anniversary!), so I thought it worthwhile to share a revised version of it again today. If you liked this idea, you'll probably enjoy my post on philatelic marketing too. And I promise tomorrow will an all-new non-recycled post!