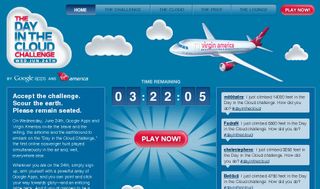 Early this morning Google Apps partnered with Virgin America to launch a unique campaign where they invited people taking Virgin America flights all day, as well as those sitting on computers at home or work to participate in an online scavenger hunt for clues to answer questions they would pose at you on a website called “Day In The Clouds.” The scavenger hunt offered questions requiring you to use many different Google apps and online tools to find the answers, and integrated with Virgin America both for some questions as well as by offering free WiFi to any passenger on one of their flights today. 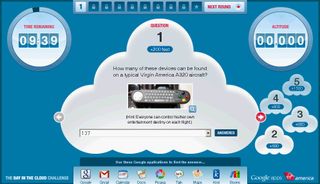 The campaign generated lots of positive word of mouth for the brands and though it is just coming to a close a few hours from now so the numbers haven’t been reported yet, it will likely boost both brands and work strategically to promote what each of them wanted to: Google Apps and the cloud architecture from Google’s side, and the ready availability of WiFi on all flights for Virgin America. Going beyond, here are ten quick lessons that you can take from this engaging campaign on what they know about marketing that is fun and engaging that many brands forget. 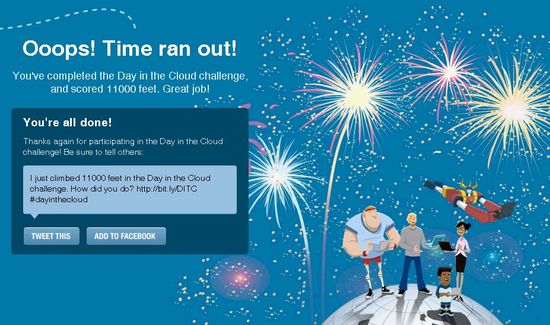 Disclaimer: Virgin America is a current client of Ogilvy PR (my employer) and I have consulted on social media efforts for them in the past. I personally did not work on this campaign, however, and am not being compensated or incentivized in any way to write this post. It is my personal opinion of their campaign and nothing more.