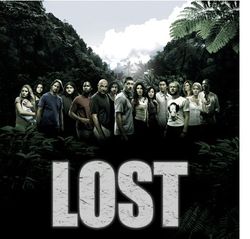 Last night was the season finale of the TV show Lost – and just in case you haven’t watched it and have it sitting on DVR waiting for you, don’t worry … there are no spoilers in this post. Actually, though I’m an enthusiast of the show, the reason for this post isn’t to gush about how great I think it is. It is about what you learn from how the show has been promoted. Like many recent dramas, it is not an easy show to follow. It isn’t about nothing, and you can’t just miss a few episodes and still get into it. Yet as I wrote about in PNI (search for “Lost” with the Search Inside feature on Amazon – it is Page 108) – the show’s unique format of taking you into the backstory of each characters builds an emotional investment from the viewer in a way that many other shows never manage to do. You believe in the characters because you know about the situations that make them the way that they are.

There is a marketing lesson in that, as there is in several other choices the show’s producers and marketing teams have made. Here are a few things that the show does and the marketing lesson that you can learn from them: