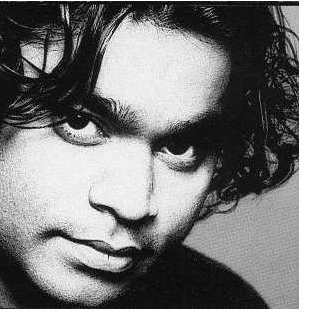 Last night I saw a drum solo as part of the A.R. Rahman concert here in DC.  For those who don’t know, A.R. Rahman is as close as any modern day man can get to being a god in India.  He is the music composer (and sometimes voice) behind many of the most popular Bollywood films.  The concert presented an evening of his music from many films and was hugely popular here in DC – with people lining up outside and dancing in the aisles throughout the show.  The drum solo was much like any drum solo you have likely seen at a music concert.  It lasted for more than ten minutes and the drummer flew effortlessly between large drums, small drums, indian drums and a wall of cymbals.  Being a drummer myself, this was one of my favourite parts of the show – because I had a frame of reference to understand and follow the drummer’s beat.  Unfortunately, as I looked around at the audience, most people had no such background to draw on and seemed lost.

A drum solo is a tricky thing.  There are no other instruments, and typically no melody … only rhythm.  You have to bring the audience into the rhythm and engage them in the beat.  The problem with most drum solos is that they are overly complicated and indulgent – with the drummer focusing more on demonstrating the speed and skill with which he (or she) can play rather than offering a beat that audiences can connect with.  There are moments in most drum solos where the drummer gets a beat, people start clapping along, and it’s a nice moment.  We all know what happens next.  The drummer switches the beat, you stop clapping because you lose the connection, and now you are just watching a performance again.  Marketing is exactly the same as the drum solo.  If you focus too much on your own story – you will end up only appealing to the drummers in your audience who understand you and listen between the lines.  Your audience is mostly non-drummers.  A successful drum solo offers a simple beat that an audience can connect with – just like successful marketing has a simple uncluttered message that resonates with a target audience.  The need to demonstrate everything you can do for a customer at once is tempting.  It’s like the drummer wanting you to marvel at the speed with which he can play.  Everyone loves a good drum solo … the important thing is to make it one that people can relate to.